The Roe Park Resort, Limavady has been named ‘Hotel & Spa of the Year’ at the 2018 Travel & Hospitality Awards. The accolade follows a successful awards season for the Resort, which has seen it win several prestigious awards since 2017.

The Roe Park picked up awards for ‘Resort of the Year’, ‘Golf Resort of the Year’ and ‘Golf Hotel of the Year’ in 2017. Since the start of 2018, the four-star resort has already achieved two accolades for its high standards, as well as the ‘Hotel & Spa of the Year’ award, the resort’s senior staff member Terry Kelly was named ‘Golf Manager of the Year’ by the Golfer’s Guide to Ireland in January.

Commenting on the awards success, Sinead McNicholl, Brand and Marketing Manager, Roe Park Resort said, “We are delighted to kick off the year with the prestigious title of ‘Hotel & Spa of the Year’. Following the success of 2017, it’s great to start the year with an award that highlights the strength of our offering. Our staff strive for the best results possible in every area of the hotel, so this award reinforces their hard work and dedication. 2018 is off to a positive start with this most recent win, and we are thrilled that Terry Kelly was awarded ‘Golf Manager of the Year’, which reflects his commitment to maintaining excellence for our golf facilities. We are delighted with these achievements, and look forward to seeing what else this year has in store for us.” 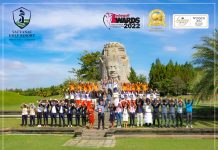 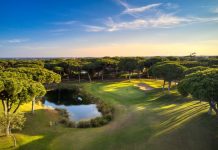